To the east of the City of Melbourne. 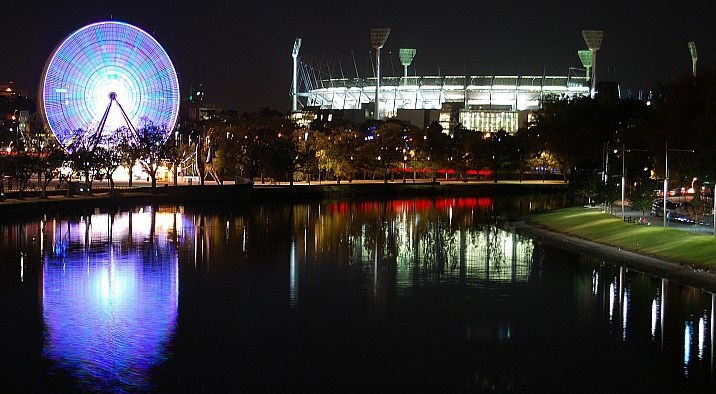 Trains There are two train stations close to the MCG. Jolimont (otherwise known as MCG Station) is north of the ground and offers a five-minute stroll through Yarra Park to the ground. From any railway station in the central business district, take the Hurstbridge or Epping lines.

The other station is Richmond on the south eastern side of the MCG. It's a slightly longer walk to the ground but you can walk past the Punt Road Oval to the Great Southern Stand side.

To get to Richmond station from the city, take any train on the Lilydale, Belgrave, Alamein, Glen Waverley, Dandenong, Pakenham, Cranbourne, Frankston or Sandringham lines.

Both the No. 75 (City-Vermont South) and No. 48 (City-North Balwyn) stop just outside the MCG.

The No. 70 (City-Wattle Park) detours from Flinders Street along Swan Street, and it's a short walk across the footbridge to the ground.

Buses The Bus route 246 is run by National Bus Company, which links La Trobe University with Elsternwick Station in a useful service for patrons from the northern and southern suburbs. The 246 stops in Punt Road, just a punt kick from the ground.

It's an easy walk to the 'G from the city, along the Yarra River.

Getting in to the 'G